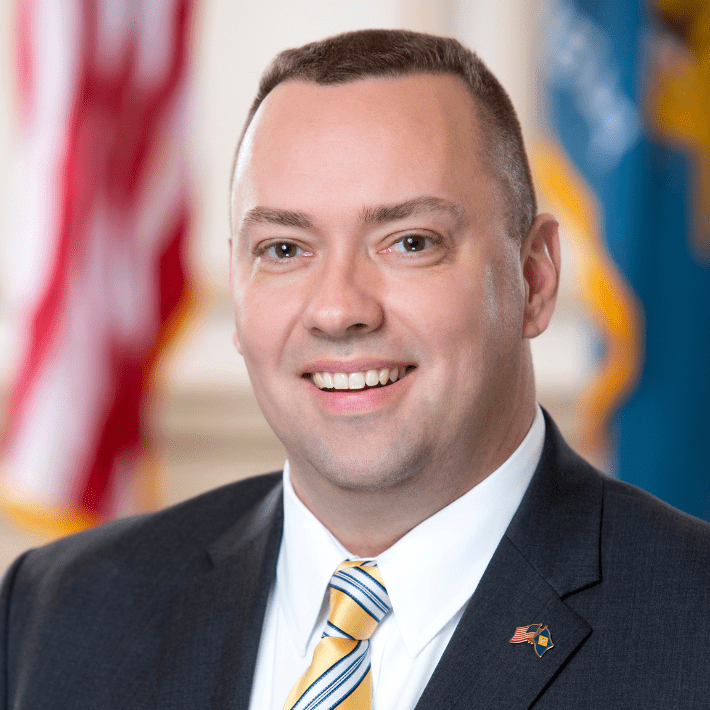 First elected to the Senate in 2012, Senator Pettyjohn won his first term in the Delaware General Assembly by receiving nearly 60 percent of the vote while campaigning for less than 37 days due to a hotly contested court battle regarding ballot name placement that ended up being decided in the favor of Senator Pettyjohn.

Believing in the ideals of open and transparent government, Senator Pettyjohn continues to make it a priority to communicate with his constituents regularly. He appears weekly on local radio programs, sends regular newsletters, and hosts monthly coffees across his Senatorial District. Voters know first-hand the important legislation taking place before Delaware’s Senate and how Senator Pettyjohn will be voting because of his commitment to open and honest communication.

In the 2021-2022 Senate Term, Senator Brian Pettyjohn’s committee assignments include the Corrections and Public Safety, Executive, Health and Social Services, Housing, Judiciary, Legislative Council, Legislative Oversight, and Sunset, and Rules and Ethics committees. He has also been named to several other boards and committees, including the Delaware Prosperity Partnership and Non-Acute Patient Medical Guardianship Task Force.

Before his current seat in the Delaware State Senate, Senator Pettyjohn served as councilman of Georgetown from 2008-2010 and Mayor from 2010-2012.

Continuing in his commitment to his community, Senator Brian Pettyjohn has served on several organizations including the Greater Georgetown Chamber of Commerce, The Chad Spicer Foundation, and the Sussex County Sports Foundation.

Outside of his legislative and community involvement, Senator Pettyjohn manages his family’s farm south of Georgetown, and also is a project manager and auditor with an information technology firm.

This Act Amends Title 10 of the Delaware Code by allowing automatic Expungement for Juveniles who choose to participate in the Juvenile Offender Civil Citation Program after one year of successful completion of the program. This Program was offered as […]

This Act amends the Charter of the Town of Millville. Section 1 of the Act revises the closing time for the closing of the polls on the day of the municipal election, from 8 p.m. to 6 p.m. The Town […]

This Act Amends Title 10 of the Delaware Code by allowing automatic Expungement for Juveniles who choose to participate in the Juvenile Offender Civil Citation Program after one year of successful completion of the program. This Program was offered as […]

This House Joint Resolution establishes the Legislative Building Committee for the purpose of studying and recommending a plan to address the technology, security, and space needs for Legislative Hall. […]